Vodka is an alcoholic beverage distilled from potatoes, grapes, grains, or other similar raw materials. Different kinds of vodka have between 35 and 46 percent alcohol by volume, with the average at 40 percent.

Because of this relatively high alcohol concentration, just a few shots of vodka can make you drunk. If you drink it regularly, you may end up with an addiction, otherwise known as alcohol use disorder.

Vodka addiction can drastically change your behavior. Basically, you will always want to drink vodka, and you can’t live your life normally without it.

How much vodka can I drink before I get addicted? 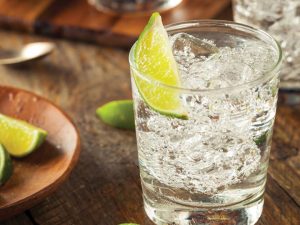 Vodka addiction does not happen overnight. Instead, it’s a product of consistent heavy drinking. The better question is: What is considered heavy drinking?

First, let’s define what a “drink” is. According to the 2015-2020 Dietary Guidelines from the Office of Disease Prevention and Health Promotion (ODPHP), one drink contains about 0.6 ounces of pure alcohol. This translates to 1.5 fluid ounces of vodka at 40% alcohol by volume. That’s about one shot of the beverage.

If you drink heavily every day, then over time, your tolerance to alcohol will increase. That means you’ll have to drink more vodka to feel the same effects as before. The first few shots will no longer affect you.

As your tolerance builds, you’ll tend to drink more and more at any one time. With that, the amount of alcohol in your blood can reach addictive levels eventually.

What happens when I become addicted to vodka?

A number of changes in your behavior are clear indicators of addiction. These include:

Particularly heavy drinkers may also experience what’s known as alcohol withdrawal syndrome, which can be life-threatening in some cases.

What is alcohol withdrawal syndrome? 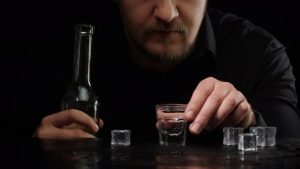 Let’s say you are a heavy drinker of vodka. You’ve been at it for quite some time now, and you’ve noticed a lot of negative changes in many aspects of your life. Then, you decide to stop drinking so much, so you suddenly avoid vodka altogether.

Quitting so abruptly is what triggers alcohol withdrawal syndrome. At first, the symptoms you get are mild, but if left untreated, they can escalate into fatal ones.

What are the signs of alcohol withdrawal?

You will experience the first few symptoms of alcohol withdrawal 6 to 12 hours after your last drink. These include:

Later on, after 12 to 24 hours, the symptoms become worse, like:

Two days (48 hours) after your last drink, the worst kinds of withdrawal symptoms may show up. These are:

Of the symptoms above, delirium tremens is the most serious of all of them. Though it’s not a common alcohol withdrawal symptom, it can be fatal.

How long do the withdrawal symptoms last?

They usually subside within five days, though it’s possible for the symptoms to persist for longer than that.

How severe and how long your withdrawal symptoms last is influenced by these factors:

If I’m addicted to vodka, do I need to go to rehab?

The first step in alcohol rehab often involves a procedure known as medically-assisted detox. This step aims to clear out all traces of alcohol from your body while managing withdrawal symptoms. Medically-assisted detox allows you to transition away from drinking with as little pain and discomfort as possible. During detox, medical professionals will also be by your side at all times in case you need help. They may give you medications to help ease the withdrawal.

If your case of vodka addiction is mild, you may opt for what is known as outpatient rehab. With this method, you can still go to work or school while recovering. You’ll only have to go to the rehab center a few times a week for your therapies, and after each session, you can go back home.

If your addiction is more severe, though, inpatient rehab would be best. Here, you will be admitted into a rehab center, and you’ll spend a couple of months living inside the facility. Treatments in inpatient rehab are more intensive, and recovery professionals will monitor your progress each day. You’ll be given new routines and taught new skills to cope with stress without alcohol.

The recovery process will take time, but it’s worth it in the end. Living a life not dependent on vodka is the best feeling ever.