Methamphetamine, more commonly known as meth, is a popular recreational drug in the United States. The drug is a stimulant, and it gives an exciting high when taken. Users often buy the drug on the black market, where it is known by these names:

Methamphetamine is based on a substance called amphetamine. The latter was first used as a nasal decongestant in the late 19th century. From that, methamphetamine was developed. It saw widespread use in World War 2, where it was used to improve the mood, alertness, and endurance of soldiers.

Later on, it became increasingly clear that meth is highly addictive. The Drug Enforcement Agency thus classified the drug as a Schedule II controlled substance in the 1970s. That means it’s illegal to obtain methamphetamine except when a doctor prescribes it. Even then, prescriptions for this drug are extremely rare, especially considering the risks.

Meth is a known neurotoxin, which means it can damage the brain. The drug mainly targets cells that produce dopamine and serotonin, two brain chemicals involved in producing emotions of happiness, excitement, and satisfaction. When abused in the long term, meth can even do irreversible changes in the structure and function of the brain, which affects emotion and memory in particular.

What are the symptoms of meth withdrawal?

Withdrawal occurs because users’ brains are struggling to adjust to the sudden absence of meth. It can produce combinations of unpleasant physical and psychological symptoms. Users who are trying to quit will find the process extremely difficult. For many, taking the drug again is easier than enduring withdrawal. For this reason, many attempts to quit meth do not succeed.

The physical symptoms include:

The psychological symptoms include:

Users can experience any of these symptoms within 24 hours of the last dose of meth, and they may persist for 7 to 10 days.

The intensity and duration of each symptom may vary across different users, affected by factors such as:

Is there a way to prevent meth withdrawal symptoms from developing? 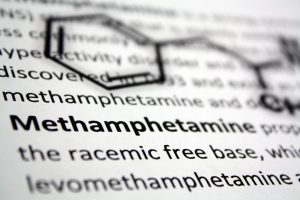 For habitual users of meth, withdrawal cannot be avoided, but it can be minimized. As a rule of thumb, users should avoid quitting the drug on their own. They should have family, friends, and medical personnel aiding them.

The best way to quit using the drug is going through medical detox. Here, doctors and nurses will help users get off the drug over the course of a few days. Typically, detoxing from meth takes about 50 hours. At this time, medical personnel will attend closely to recovering patients and give aid in case of discomfort, pain, or medical emergencies.

Some medications given during meth detox are:

After detox, patients will need to go through behavioral therapies. This ensures a full, lasting recovery from dependence on meth. 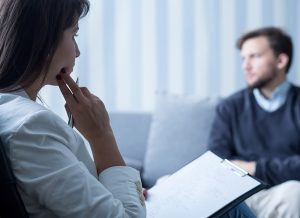 Detox only addresses the physical effects of meth. It does not address the mental aspects. Because meth is a psychoactive drug, it has lasting effects on users’ thoughts and behaviors. Behavioral therapies are therefore needed to restore users’ minds into a sober state.

These therapies may either be done in an outpatient or inpatient setting. The difference is whether patients have to live inside a recovery facility or not. Outpatient rehab programs give them the freedom to go back home after each therapy session. Inpatient programs, on the other hand, require patients to stay in a rehab facility for the whole duration of the program. This may last anywhere from 28 to 90 days, depending on the severity of the addiction. A recovery professional will assess each patient’s case and determine the best treatment plan.

As for specific behavioral therapies, there are several evidence-based ones used in treatment. One of them is cognitive behavioral therapy or CBT, which aims to correct negative patterns of thought and behavior. Patients and their therapists will work together to find negative thoughts that lead to negative behaviors like meth use, and the patients will learn to replace these with more positive and realistic thoughts. In turn, thinking positively and realistically will lead to healthy behaviors. By the end of CBT, patients will be equipped to counter their own negative thoughts and avoid drugs by themselves.

Another therapy proven by research to be effective is called contingency management. This therapy relies on incentives to encourage sobriety in patients. Each time patients pass regularly scheduled drug tests, they get vouchers and other rewards. The more drug tests they pass consecutively, the greater their incentives become.

Patients who are in facilities with amenities like sports equipment may also have recreation as part of their therapies. These allow them to get into enjoyable activities that do not involve drugs.